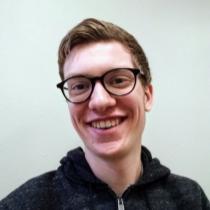 Adrian Rocke is the developer who has been with Pivot Interactives the longest! Starting when he was only in high school, Adrian developed one of the most influential and ubiquitous tools to the Pivot Interactives platform: the stopwatch.

During his senior year, Adrian was invited to learn how to program by Peter Bohacek, one of the founders of Pivot Interactives and (at the time) Adrian’s AP Physics teacher! Peter asked Adrian if he wanted to learn to program to work on the Direct Measurement Videos project. According to Adrian, “I enjoyed it so much that within a few weeks, I had learned enough that I was able to build the first version of the stopwatch.” Such an opportunity encouraged him to switch his major from Music Education to Computer Science.

That summer between high school and college, Adrian worked to rebuild the Pivot Player, the video player that hosts all of the videos on the website. The Pivot Player is his favorite feature on the website. “Our video player has a unique set of features that no other player that I know of has, and we put a lot of thought into each one of them.” This tool took several months to develop because every browser impacts the play differently. In the Pivot Player, we track the specific frame of the video as it plays and converts that into a time measurement. For example, if a video is recorded at 30 FPS (frames per second), then it means that each frame is 0.0333 seconds apart. Different browsers have different quirks that the Pivot Player must account for to ensure consistent time reports. Getting this to work correctly took a few tries over several months.

The Pivot Player also allows you to select different parameters and load unique videos depending on their selections. But think about it: when you have more than three parameters, the number of videos you have to shoot grows exponentially! As Adrian pointed out, “Since students typically only want to change one parameter at a time, while leaving the others constant, I implemented an algorithm that optimizes which sets of constant parameters give you the most choices of the parameter you want to vary.” We’re so confident in our Pivot Player that we even make it accessible to students and teachers to analyze their films. We allow students to upload a video and calibrate their tools to the known length in the video. They also have complete control over the size, position, and rotation of the tools. Adrian designed the Pivot Player to track these parameters relative to the video dimensions so that the tools render consistently regardless of how big your screen is. “To do this, I had to use a lot of vector math, linear algebra, and trigonometry. This feature was the most rewarding one to have working so well.” So, to all those students who keep asking when will we ever use this math, there you go.

Even throughout college, Adrian worked on the platform and is one of the main contributors behind the Pivot Interactives website that you see today. When he completed his Bachelor of Science in Computer Science at the University of Minnesota - Twin Cities, he came to work here at Pivot Interactives, at first only part-time then moving to full time. Later in his career at Pivot Interactives, he would rebuild the video player a second time, giving it even MORE features. He has also contributed to almost every platform aspect, including activity editing, libraries, table and graphing tools, student assignments, grading, purchasing, and our LTI integration. As the size of the development team grew over the past year, Adrian has spent less time developing and more time managing the team. He oversees eight other developers that work to build advancements to the Pivot Interactives website. Recently the team has begun to restructure so he can spend more time programming again. When he’s not coming up with excellent new features for Pivot Interactives, you can find him learning a new (non-coding) language; he has been teaching himself Biblical Greek and Hebrew.

So, next time you do practically ANYTHING on the Pivot Interactives website, you know that you have Adrian to thank for it. 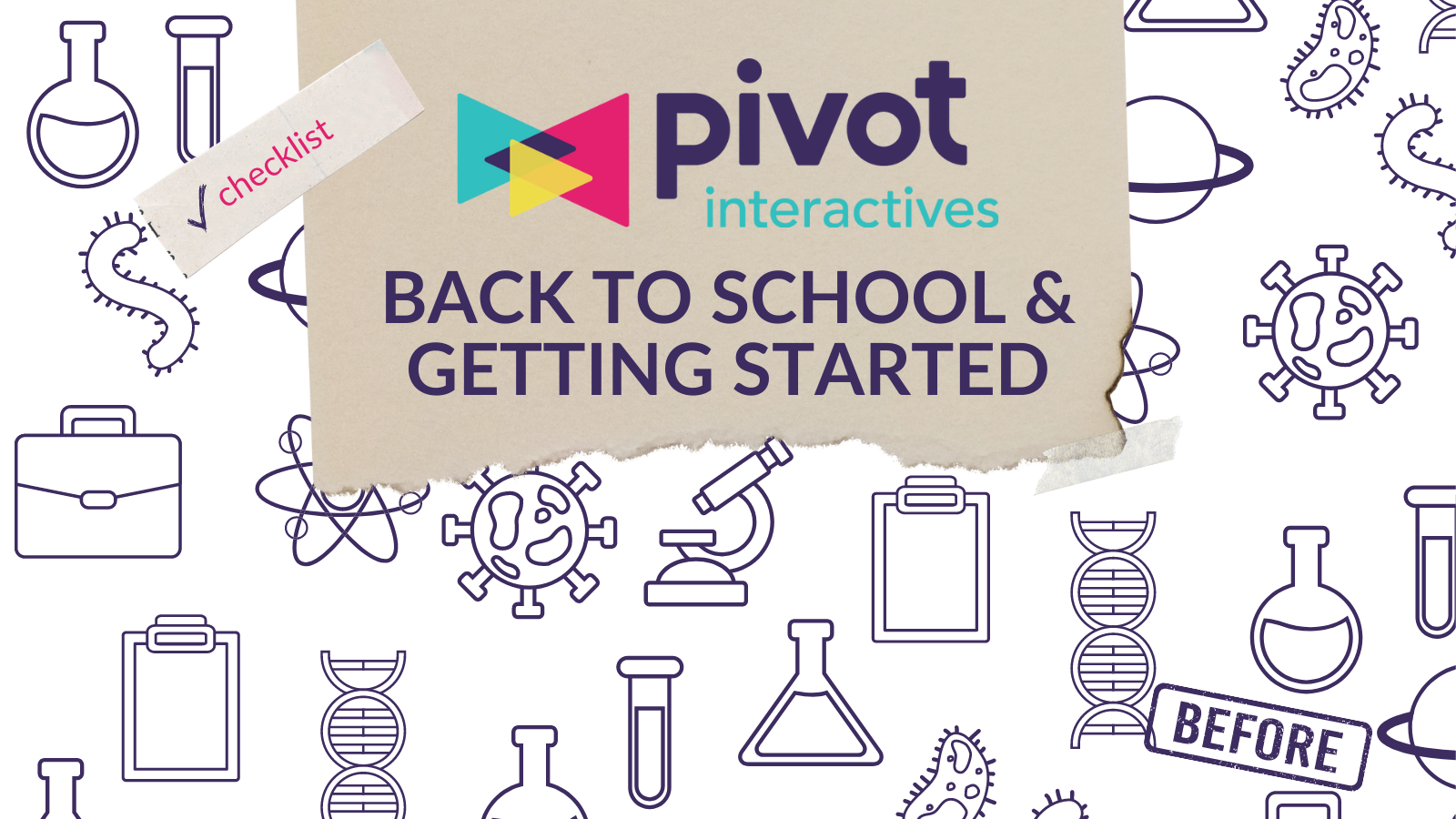 Back to School with Pivot Interactives

Here's an overview of resources available to you to help streamline your Back to School preparations and get ready to use Pivot Interactives. 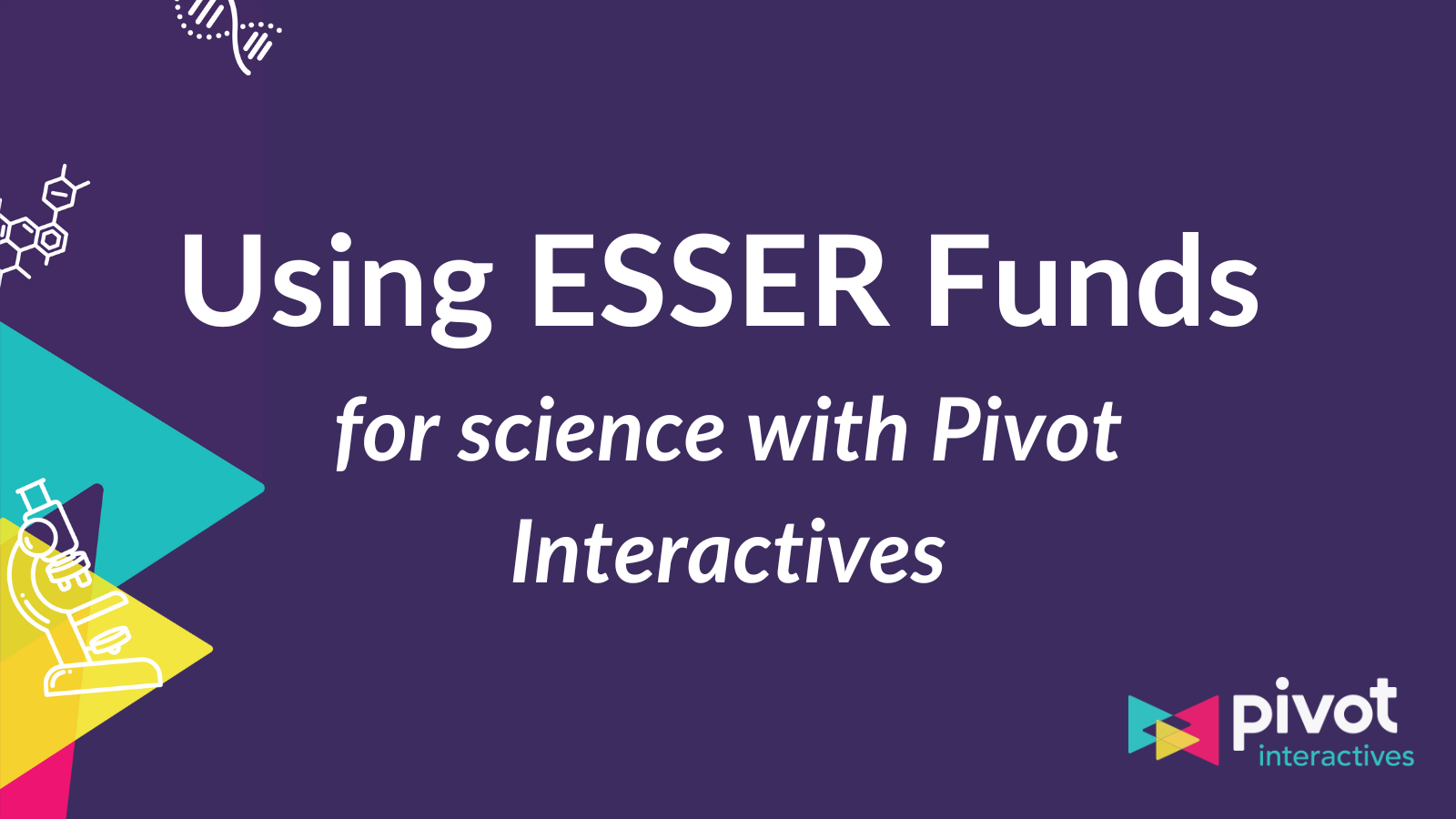 Pivot Interactives is a research-based science supplement for phenomena-based active learning that fulfills the intentions & goals of ESSER. 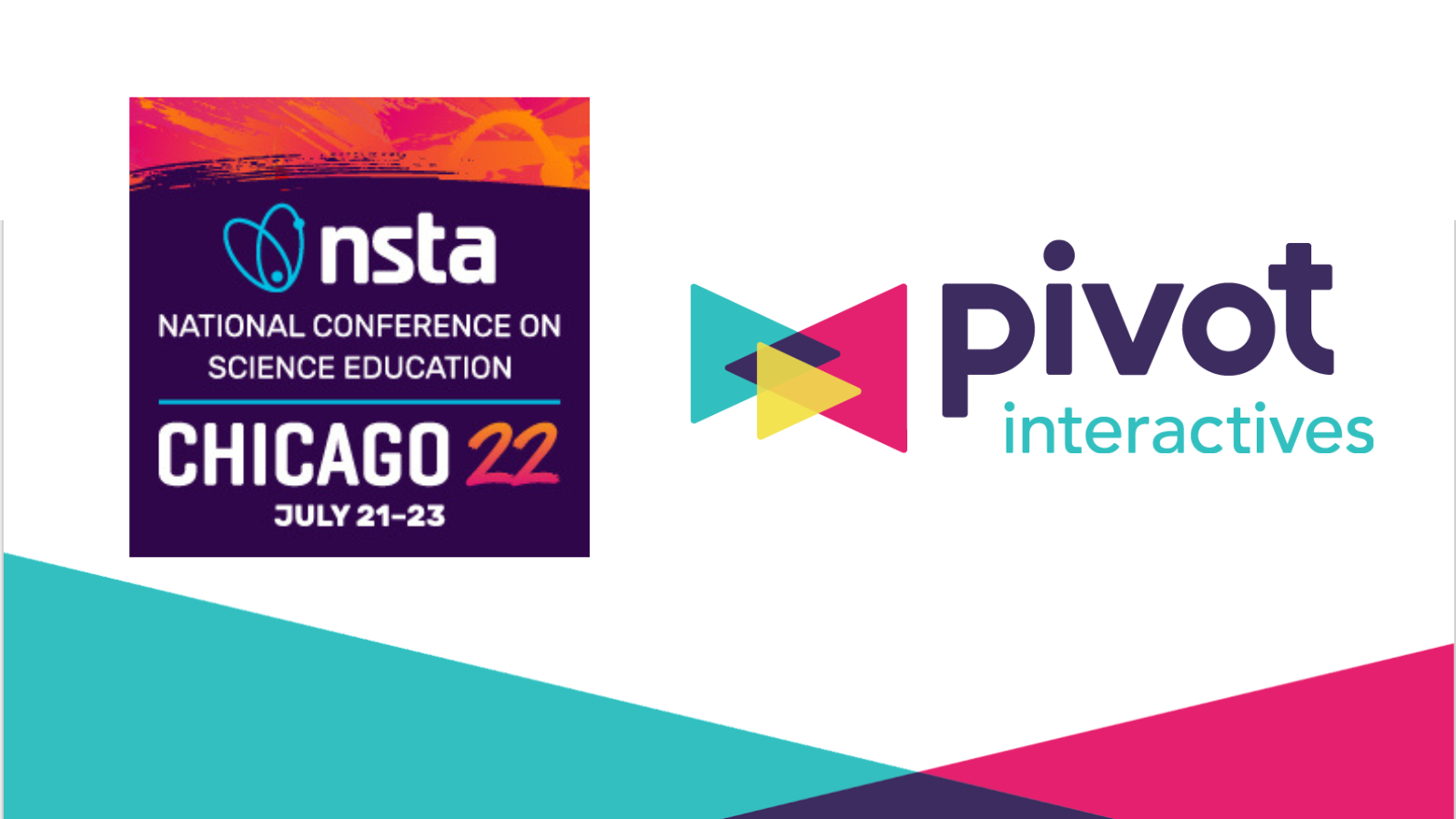