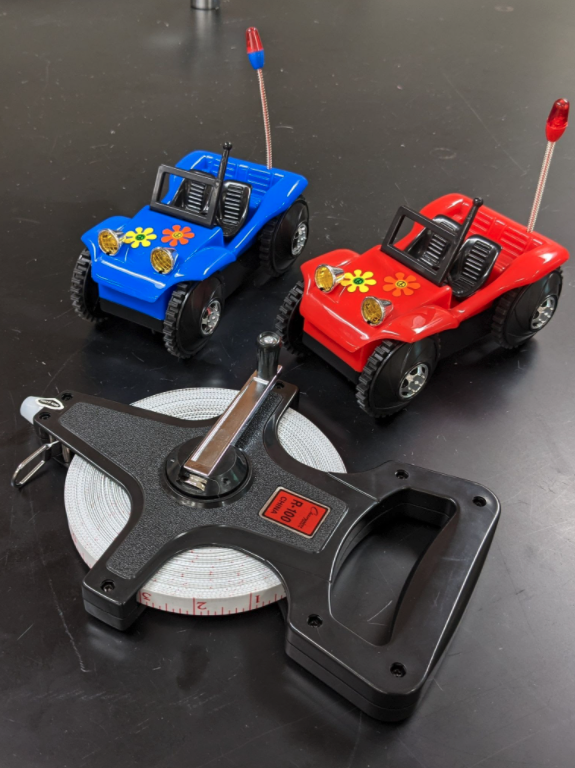 Pivot Interactives was founded four years ago by two teachers who wanted to help science teachers everywhere explore scientific phenomena. Today, Pivot Interactives continues to be powered by teachers, with more than a dozen educators working to write content, develop the platform, and support our teacher users. We know that there are teachers all around the world doing incredible work to inspire their students and help them explore their world as scientists. This year, we want to celebrate and share that work, so we’ve invited a number of teachers to share windows into their classrooms by writing a regular series of blog posts about their teaching. We hope you’ll find these blog posts helpful, informative, and inspiring.

I am the lead content writer with Pivot Interactives, specializing in physics and chemistry materials, but my day job is teaching science at Tartan High School, a large public school just outside of St. Paul, Minnesota. This year, I’m teaching general physics and AP Physics 1, both of which are year-long electives taken by 11th and 12th graders. My instruction is influenced by reformed approaches including Modeling Instruction and ISLE. I want my classroom to be a place where students think deeply about physics and see themselves as science people.

We started a little early by Minnesota standards this year and just wrapped up our first week with students. Most of my first week is about starting to build community and teaching students what I expect from them in my classroom. This is our first year with a 1:1 device program for in-person instruction, so I expected there to be hiccups and avoided technology-heavy lessons. Instead, we spent most of the week playing with tumble buggies in both of my courses.

On day 1, I gave students buggies, measuring tools, and instructions to make some kind of graph or chart that models the motion of their buggy. Almost all of my students chose to make scatter plots, but there was some good variation in what students measured, the units they used, and the axes they selected. Each group put their graph on a whiteboard for a class discussion. First, we revisited the prompt to discuss whether groups had accomplished the goal. Since all they needed was to represent the motion with a graph or chart, the class easily agreed that everyone accomplished the goal I’d set. Next, we talked about what made it difficult or easy to compare results across groups. Students quickly decided if they want to compare results, they all should use the same unit, label their axes, and have the same graph axes. Throughout the discussion, I made sure to emphasize that the decisions they’d made were correct within the bounds of the activity, but if we wanted to compare results, I as the facilitator needed to take time at the beginning of the activity to set more constraints.One of the things I love about this first day is not only is every group able to successfully complete their first task in physics, but it helps students see the purpose in things like labeling graph axes, including units, and following directions I give for what to graph.

On day 2, we did another round of data collection with tumble buggies, this time with a little more direction. Every group started their buggy at 0, recorded the position at even time intervals so that time would be the independent variable, and used the number in centimeters on the measuring tape as the position. This ensured that every group had one graph that would be nearly identical to the graphs from other groups. I also assigned each group a variation to collect data for, so they would have one graph that was different from everyone else’s. The variations included changing the buggy’s starting position, changing the direction, and using a buggy where I replaced one of the batteries with a foil-wrapped rubber stopper so the buggy travels at half speed. I had students record their work in the organizer I developed to guide students through our model-building labs.

By day 3, students had put both of their graphs on whiteboards, done linear regressions, and “translated” the equations for their linear regressions by adding units to their slope and intercept and substituting y and x for symbols that match the experiment. We were ready to have another discussion where students shared their whiteboards. This time, we focused on using similarities and differences between the different groups’ whiteboards to determine the significance of the shape, the slope, and the intercept of the graphs. Students readily figured out how they could read the position vs. time graphs to determine the speed, direction, and starting position of a buggy.

On day 4, it was time to introduce students to a new representation: motion maps. I pulled out my fridge rover and marked it’s position at regular time intervals as it drove along my whiteboard, very similar to how students had marked the position of their buggies at even time intervals, then added arrows to turn my marks into a motion map. Students then did some paper and pencil problems to practice translating between motion maps and position vs. time graphs before we finished the week with a pre-test of the Force Concept Inventory on day 5.

I was nervous about being back in the classroom this fall after spending the last year in front of a computer screen, but it was so much fun to be in a classroom filled with students doing physics together and I was surprised at how quickly my teacher moves came back to me. I can’t wait to dive back in with this great group of students on Tuesday!

Pivot Interactives does have an activity very similar to the traditional buggy lab used by many modeling instructors. 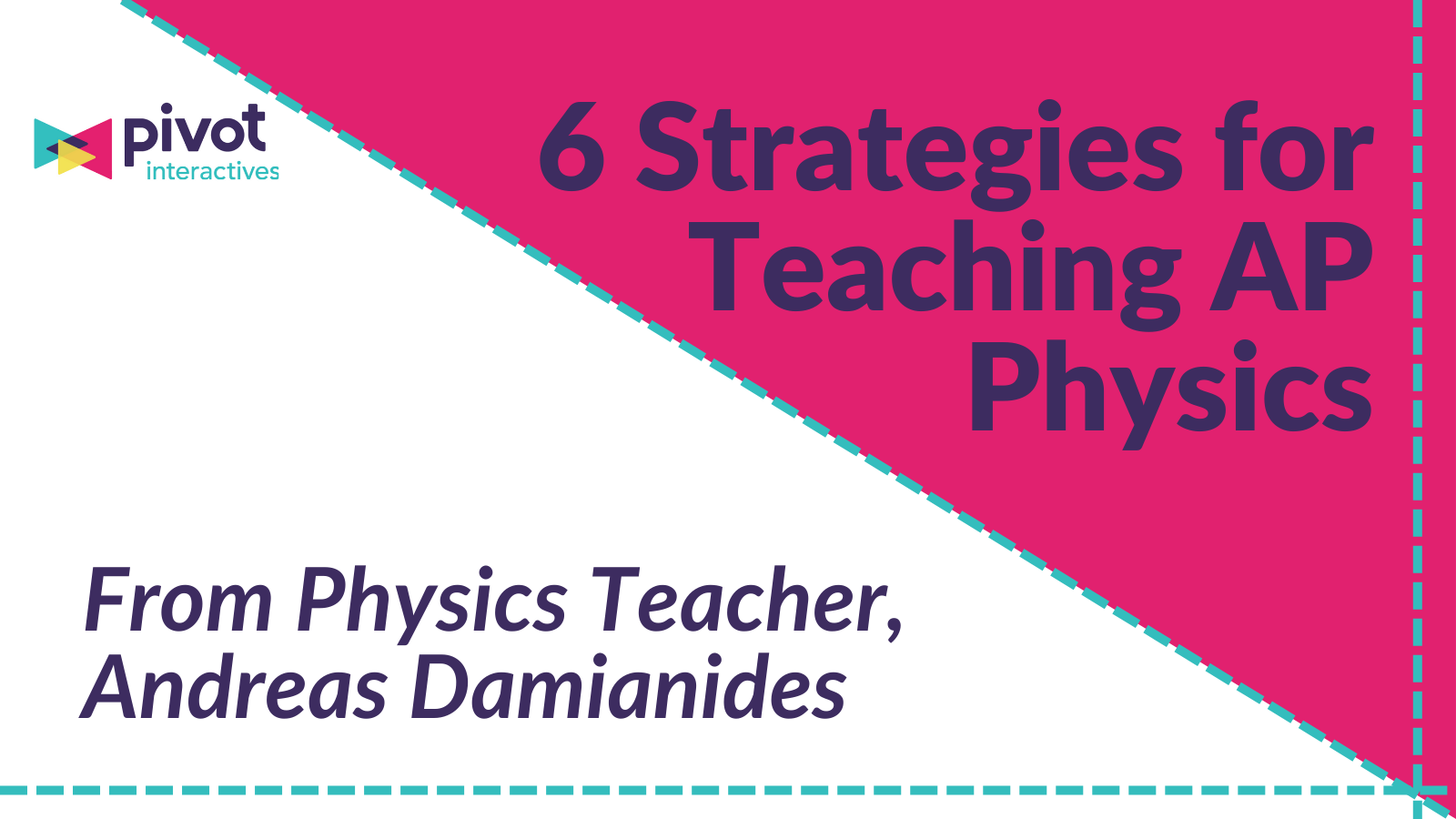 These 6 strategies took my class from an equation-based course to a course designed around understanding relationships & concepts. 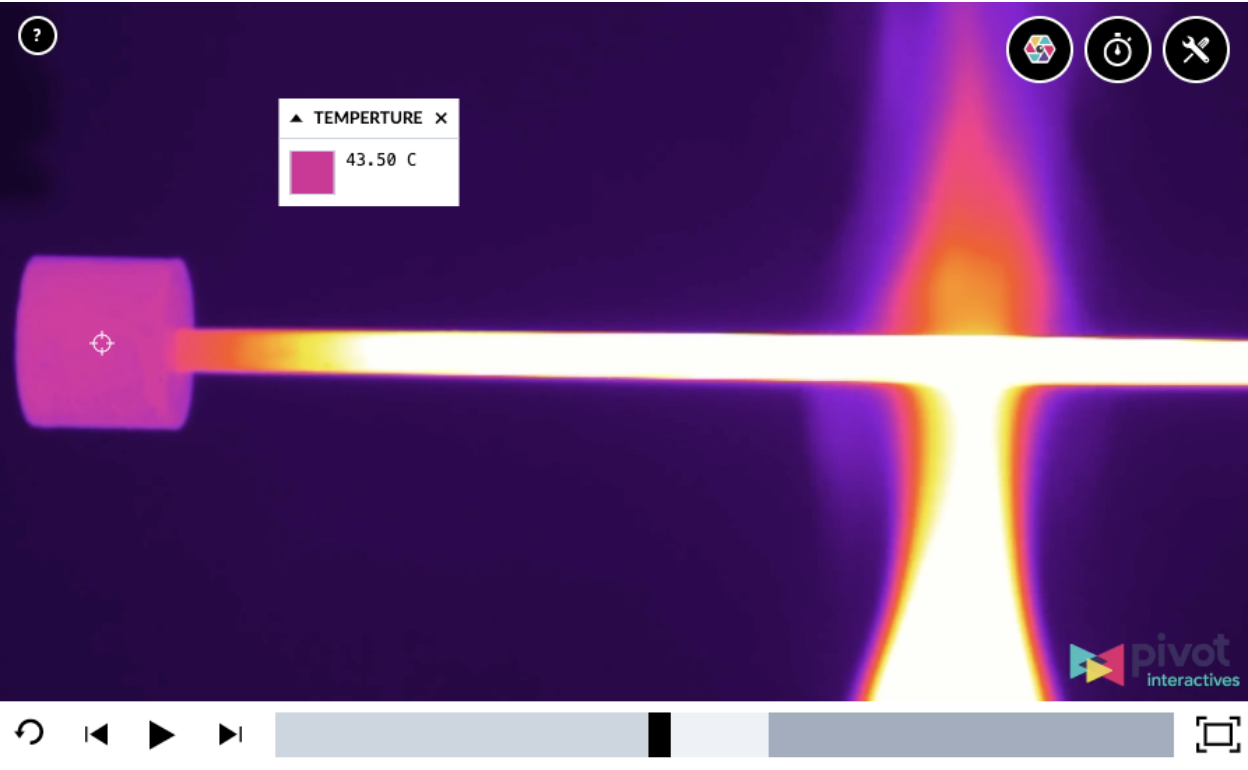 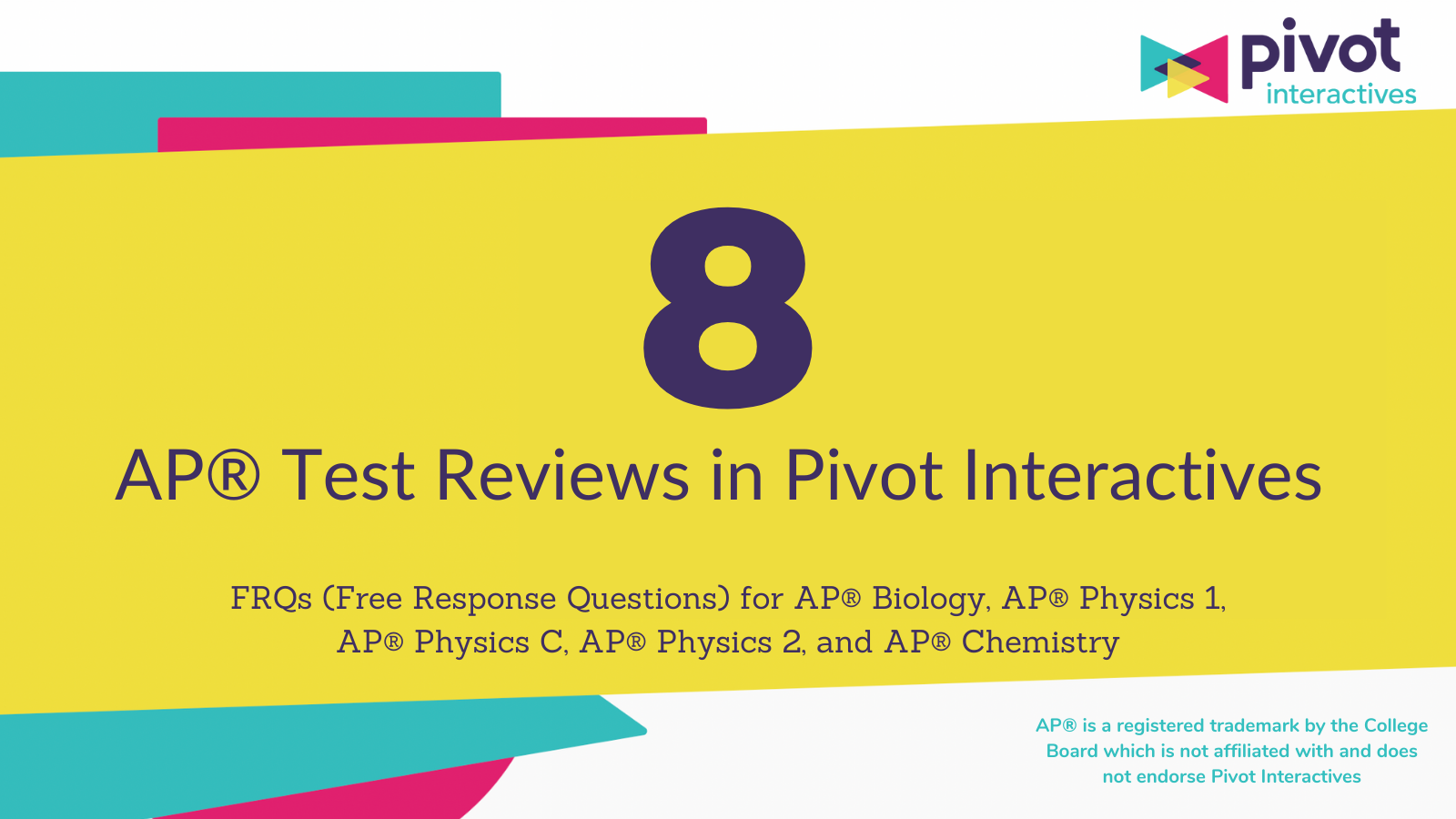